I have been following GDevelop for quite some time but I never gave it a go … until now. The below is my own personal experience when I tried to use the software.

GDevelop formally known as GameDevelop is an open source 2D Game Development engine. The good thing about it is that it’s free and you can do commercial games with it without having to pay any royalties.

Games can be exported to either native OS (Windows and Linux) or to HTML5. It claims that no coding experience is needed to which somehow I agree since you do not write code in the conventional manner.  However one still needs to have the concepts of programming in order to get going.

There are many commercial 2D game development engines that are similar to this one, but to my knowledge so far this is the only one that is totally free and that can produce commercial games. Many of the competitors’ commercial versions offer a cut down version of the software for you to try out.  However with these cut down versions it would be difficult if not impossible to be able to create commercial grade software.  To be able to do so one would have to purchase at least the basic modules.

There are 2 Editors within the same Development environment. One is the scene editor where you design the game and the other is the coding editor.

The scene editor is very easy to use and understand. One just needs to drag and drop objects imported to the scene. 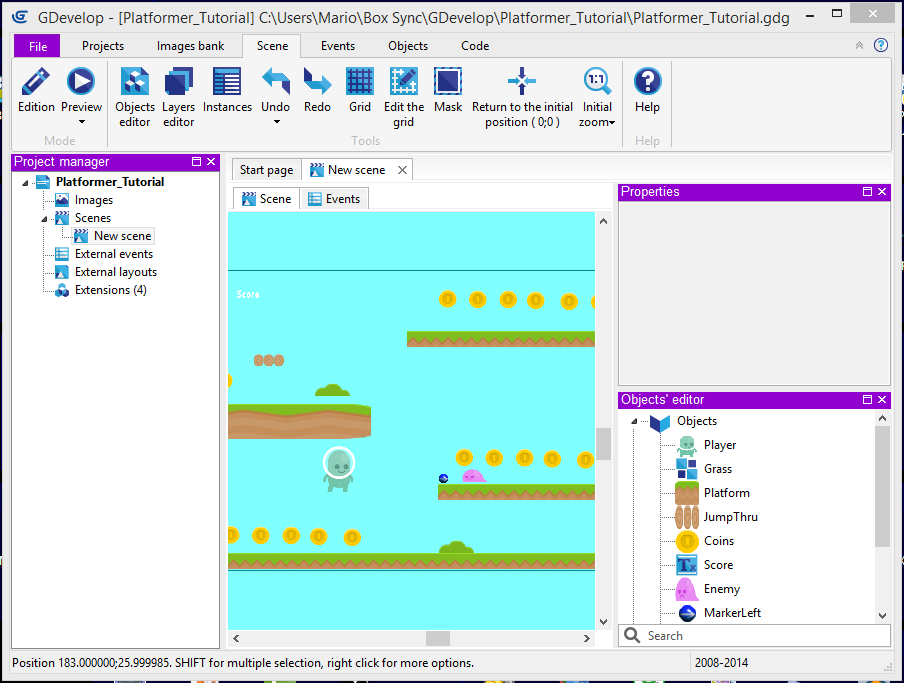 On the other hand the coding editor is also easy to grasp. Basically you add events which are like if then statements. If condition is true, do an action. And this is where the concepts of programming are useful if not essential. You build the program using such events. The condition is selected from a menu that lists all the various conditions that GDevelop support and are grouped according to certain categories. 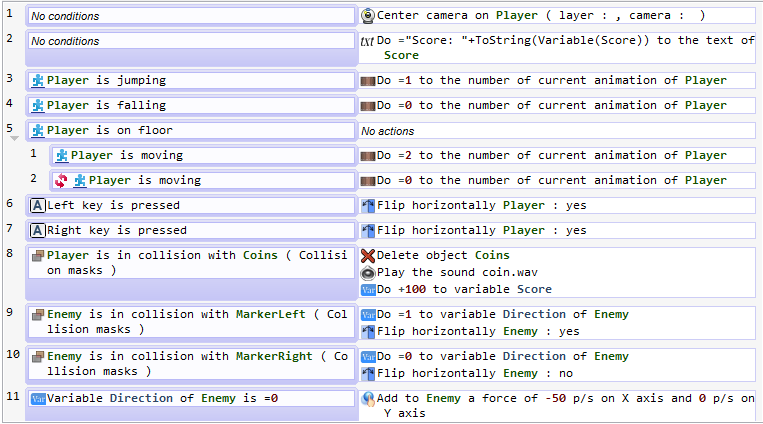 There are always improvements that can be made to an application.  I have listed some below but to be fair they are not a big issue or show stoppers:

I definitely recommend this software if you want to start developing your own 2D games. It is free and highly competes with many of its commercial rivals.